Official poster and animated logotype for the thriller ‘Feedback’, a production by Jaume Collet-Serra directed by Pedro C. Alonso, and starring Eddie Marsan, Paul Anderson, Ivana Baquero, among others.

Jarvis Dolan is the star journalist of the successful London radio nightclub “The Grim Reality”. At the beginning of his program, some hooded macabre burst into the studio, taking control at gunpoint. They are there to bring to light a scandal that could be the end of Jarvis. Obliged to continue with the program following the script of the assailants, the night will become a nightmare.

The animation and the sound refer to the switching on and off of the neons to generate thriller tone of the movie. 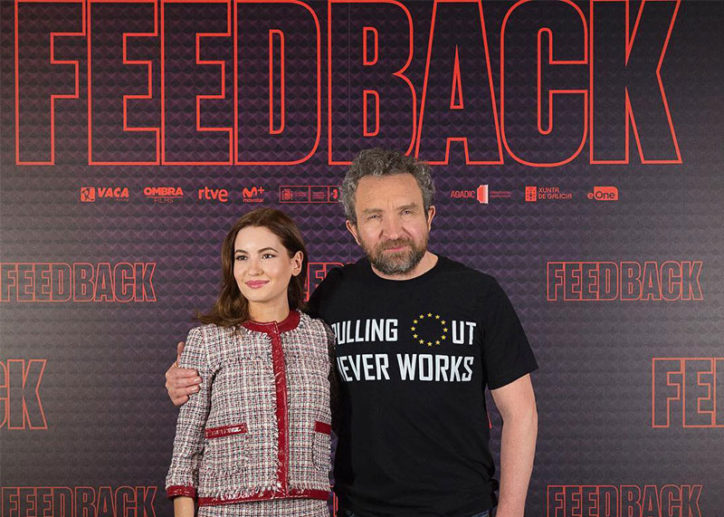