January 5th, 1895. Captain Alfred Dreyfus, a young Jewish officer, is demoted for spying for Germany and sentenced to life imprisonment on Devil’s Island in French Guiana. Among the witnesses who make this humiliation possible is Colonel Georges Picquart, in charge of leading the counterintelligence unit that discovered the spy. But when Picquart learns that military secrets are still being passed on to the Germans, he will enter a dangerous labyrinth of lies and corruption, endangering his honour and life.

The film won the Jury Prize at the Venice Film Festival and Best Film by the International Federation of Critics. 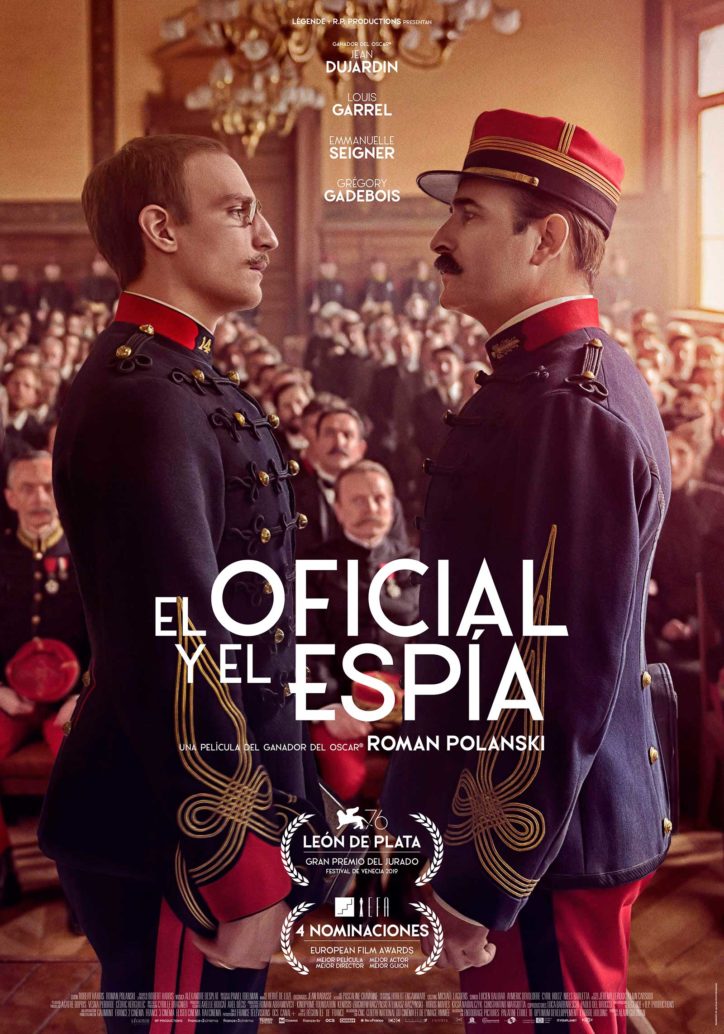