The final poster for the sci-fi thriller ‘Cronocrímenes’ directed by Nacho Vigalondo about a mysterious murder in a forest and the influence of time on it.

This film received rave reviews and numerous awards at major festivals around the world. These include Best Film, Jury Gold Medal and Silver Medal at the Austin Fantastic Film Festival and Best Film (Golden Asteroid) at the Festival Trieste film. 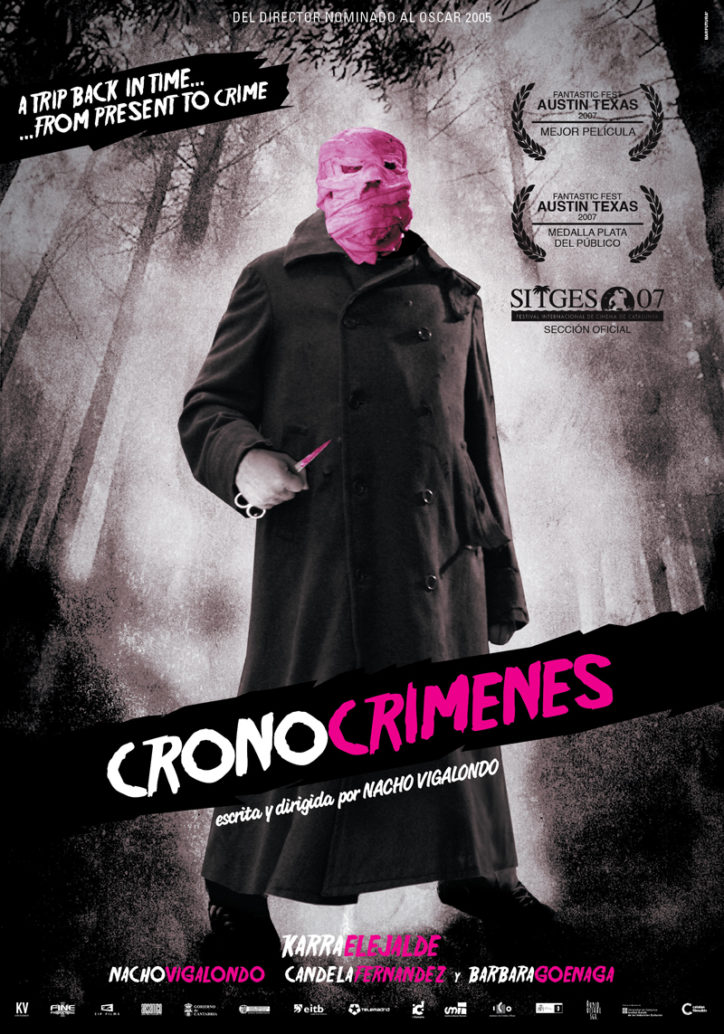